I decided to look up some tips that would make it more easier to make a powerpoint presentation. I found this video on YouTube. I really like this video because it is short an amusing and, most importantly, clear.

A friend of mine told me he was going to do a play. I asked him the title and he replied me: Waithood.
I have never heard about that word before, so I was wondering what it was. I asked him and he explained that waithood was the time between being graduated and finding work. Being an adult, but at the same time being a youngster.

I was fascinated about that word… waithood. I don’t know why, but it gives me a special feeling, some kind of melancholia or nostalgia at the same time.

I’m not graduated yet, I just started my studies, but in some way I can relate to the feeling that comes together with waithood. The feeling of insecurity. The feeling of thinking about every step you make. The feeling of being in doubt, not knowing which direction you have to take in life.

It is something common for our age. We are building a path to our adulthood. In some way, it is quite scary. I’m anxious about growing up. Will I succeed in life? Are my decisions that I make the right thing? Sometimes I feel sad, more sad then I felt during puberty, and we all know puberty is hard, but it is not the same sadness. I feel stronger and I can handle all those doubts that come with it, or at least most of them.

I’m not in the waithood yet, so maybe they should come up with a word for that melancholic feeling, we, young students, have. The feeling of being scared for our future and the decisions we have to make.

Suggestions are always welcome below!

We have to do a literature review for our English course. I decided to do mine about the representation of LGBT characters in media. I think it is an important and very interesting subject to discuss because I have done already a little research about it for another course.

Personally, I think writing the abstract is the most difficult part of the literature review, together with being formal. I have issues with being formal. I always want to present myself in the way I am, but that is not always a good idea if you have to be formal like in personal statements or papers.

Therefore I looked up some tips to write in an academical way.

After receiving feedback from my personal statement I will stick to these tips when I’ll write a new academical paper or letter. I hope they will help you as well!

Holidays are here! I would say I really deserved these after months of hard work, but as you all propably know, holidays at University are mostly study days… So I decided to book a trip to Rome to escape my books a little.

Luckily there was love to heal these wounds, but it still was strange to leave a week after these incidents. I suddenly wasn’t that excited about my trip. In the weeks before I was planning a lot, reading books and practicing my Italian. After the Brussels attacks my thoughts were somewhere else.

Because of the attacks our flight had been rescheduled to Brussels South airport in Charleroi. They said there would be more control so we had to be there 3 hours before our flight. That meant I had to wake up at 4.30 a.m. and had to take the train to Charleroi at 5.15 a.m. . That was quite early, but in some way I didn’t mind because: safety first!

We arrived in the railway station of Charleroi-Sud at 6.40 a.m. . We took the bus to the airport. I was amazed, scared and stressed at the same time because there was so much military control. First, they checked our ID’s and boarding passes. Later on they came with a dog on the bus to search for explosives. That was by far the most frightening moment for me because I’m scared for dogs.

When we arrived at the terminal there was again an ID check before we entered the building. We were finally here. What a relief. In the airport itself there was just the usual  custom control, but something made me quite angry there. We just had some major control before we entered the building but at the control inside, they never checked our liquids. My travelling partner had to much liquids in his hand luggage (there is a max. of 100ml per bag, he had 400ml) , but they didn’t say a thing about it. I don’t know if I should be worried about this, but In a way it made me a little dissapointed and angry.

When we were waiting at our gate, I started feeling a little sick. I don’t know if it was because I ate something wrong or if  I was a little stressed and scared deep inside.The latter would be odd because I already took a lot of flights and I always enjoyed it.It is weird which psychological evects such events as in Brussels can have for one person.

As soon as we landed in Rome I felt much better. We were finally there in the city of pizza, pasta, the Romans and the Pope. The best part of it all? The sun was shining, something I needed so badly after that dark Belgian week.

I have a problem.
I am always delaying writing blog posts. I start writing them on my laptop, but then I save and forget to finish them.
Actually it’s a terrible characteristic and sadly it isn’t the only one.

I can make a long list of characteristics that define me.  I can be bitchy sometimes if I’m tired or if I’m hungry. Some people call me bossy too, but that has to do with the fact that I’m quite a perfectionist. I always want to reach that higher level. My friends might say that I’m a little careless, but that’s not true. I’m quite empathetic, but the fact they would say that I’m careless is because I’m quite chaotic. My thoughts are all rushing in my head, as a result I sometimes react in a different or wrong way to some events.

But before you all think I’m a terrible person, I have some pretty nice characteristics too. I’m quite creative… Or at least I consider myself quite creative. I’m also open-minded and respectful. I do not try to judge people immediately. I try to give everyone their chance and I’m open for other views, opinions and experiences.Honesty is also one of the things I can write on this list. I’m mostly very honest. I have my heart on my sleeve. Sometimes that might be a little problematic. I should learn to know when I should shut my mouth. The last thing I can think of: responsibility. I am a a responsible person, and I’m proud of it. My dad always learned me to be responsible in every way, for others it can be a little annoying because I am always checking on stuff, but I would say it is a very good characteristic.

The conclusion I make after writing this post is that characteristics are a bit double-sided. Negative ones can have also a positive aspect and the same counts for the positive ones, some would say they could be annoying.

This is a famous poem by the flemish poet Paul Van Ostaijen. You may wonder why I write about this poem in this blogpost. It’s because last Monday we talked about presenting an infographic in our english course. One of the most important things is to catch attention, and if you talk about catching the attention of an audience, I always think about this certain poem. It’s because of the ‘Boom’ sound in the beginning. It’s starts surprisingly. People are surprised and get curious to hear more of this poem.
I noticed that making a hook is quite difficult. We had to try it on our own in little groups and I realised you really have to overthink everything if you want to catch the attention succesfully.
I really liked doing this little exercise because I am someone who likes presenting. I’m mostly someone who doesn’t prepare much before I have to do a presentation because I’m quite flexible to change things during it, but today I realised you have to prepare stuff to have a good and interesting presentation.
O________________o
I have to tell you also something else. I’m doing some little fun exercises to improve my English. I listen to songs and I try to analyse them and understand the real meaning about them. I think it’s a good way to learn english expressions. 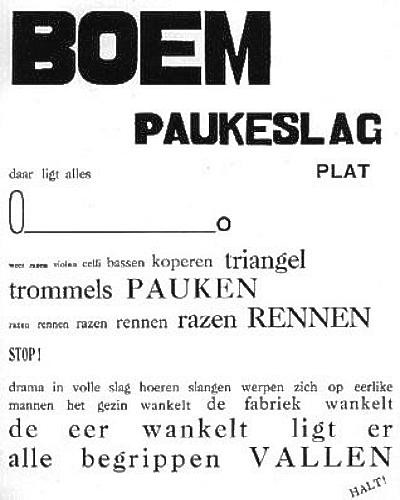 I’m Jens and this officially my first blog post ever and I’m quite excited about it. They asked me to talk about my english experiences over here, so I’ll certainly do that!

First of all, I should say that I’m not amazingly great at talking English. I know quite the basics and I can fluently talk it, but I’m not an expert. I expect to learn a lot at the english courses and to reach a higher level at the end of June.

I have always been fascinated by the english language, thanks to english lyrics in music, but also the english culture (not the american). I’m not quite good in grammar and all of the rules, I mostly write or talk english intuitively.

I didn’t attend the first class because I was ill, but I already inspected the book. At first sight, it looks quite complex. I’m dissapointed I missed the first class but I just checked out the powerpoints, and I can’t wait to join.